From apprentice in 1944 to Electrical Department foreman until 1966

Ron Curtis 2
Ron remembers living in Balfour Road and cycling into work every day to begin at 7.30am

Ron Curtis 3
Ron talks about his work in Electrical Department

Ron Curtis 4
Ron remembers the long hours worked during the war years, the rates of pay and working in the Drawing Office when the Chief Draughtsman, Robert Poole, passed away 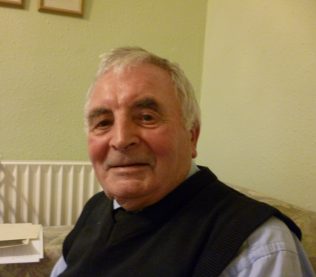 Ron Curtis 1
Ron introduces himself, explains how he came to work for the company, and describes his roles at the company

Ron started at Fielding and Platt as a young apprentice in 1944 aged just 15 years old. He was one of the first to apprentices to begin in the Craft School, along with nine others.

Apprentices from the Central School

Like many apprentices, Ron came to Fielding’s from the Central School in Derby Road. He started with two other apprentices from Central, namely, Gil Claridge and Jim Cullis.

At the time, Ron lived in Balfour Road, which was about 5 minutes away from the factory by bicycle. He remembers clocking on everyday for 7.30am, but he used to get there early.

“I used to get there early in the morning, by about 7.15am. The starting time was 7.30am actually, but by the time one put the bicycle away and put your overalls on it was 7.30am”

In 1950, on his 21st birthday, Ron left the factory to join the RAF. He returned after his obligatory two years’ National Service to the Electrical Department.

Ron worked in the Electrical Department and went on to become its foreman.  At that time, Fielding’s made their own control panels for the presses they made.  Ron was responsible for making sure they were made and functioned correctly.

I had to make sure that the control panels were wired correctly and likewise operated correctly on the presses themselves.  With instrumentation and timers and various contactors and relays, it was a very interesting job.”

The rate of pay for such a job “wasn’t what you call brilliant” but it was the atmosphere and camaraderie of the folk that worked there that made up for it, and the overtime: “that made your money up!”

The Drawing Office wanted Ron to join their ranks, but Ron preferred to stay in the Works.  However, when the Chief Draughtsman, Robert Poole, passed away Ron lent a hand.  The Works’ Manager wouldn’t let Ron join them full time so Ron worked his usual day from 7.30am-5.00pm in the Works and then continued on from 5.00pm until 8.30pm in the Drawing Office.

The Area around Fielding’s

Surrounding Fielding’s was a “typical working class area”.  There was Finch’s the Butchers, the Post Office opposite Fielding’s, Gilbey Coole’s the Ironmongers, and Melton’s the Hairdressers.

Ron also remembers the railways and the branch lines into Fielding’s and into the Wagon Works itself.

“The branch line ran from California Crossing … 90% of the cycles that came along Park End Road used to get their wheels caught in the railway lines”.

Ron’s time at Fielding’s in Gloucester came to an end when in January 1966 he was headhunted by Indalex in Cheltenham who wanted an engineer to look after their presses.  One of them was a Fielding press so Ron was a natural choice.  He stayed at Indalex for about 18 months before he was headhunted again by a company who automated concrete batching machines that fed Fielding’s slab presses.  In fact through Ron, Fielding’s sold one or two presses!

Click on the hyperlink to see a photograph of Ron with Bill Meadows.

Click on the hyperlink to listen to Ron’s description of a photograph of Bert Hopton, Brian Mince and Charles Hill’s son

Click on the hyperlink to see who signed Ron’s Indentures

If you remember Ron or any of the people, places, or presses he mentioned by him please share your memories by clicking on the words Add a comment about this page below.