Started his apprenticeship in 1956 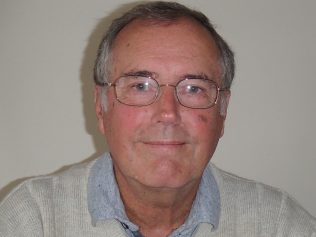 Mike Stanbrook was a pupil at King’s School and a Choirister at the Cathedral when his family circumstances changed dramatically. He explains in the first section of his interview, how at the age of fifteen, he had to leave school and find employment to support himself. Richard Brain (whose interview is already on the website) was instrumental in bringing Mike to Fieldings.

Mike can still point out the scar obtained when he hit his knuckle with the hammer, when he missed the chisel when working on ‘The Block’ in the Craft School. (To read more tales of ‘The Block’ simply put it in Search on the front page of the website). All ex-Fieldings apprentices remember it well.

To supplement his apprentice income, when Mike was on nights, he took on various jobs during the day. This was nearly fatal, when one day he found himself falling asleep on a roof, when fitting a TV aerial!

Mike found his niche as a machinist, working in both the Light Machine Shop and the Heavy machine shop and he mentions some of the machines he worked on in his interview. He had a spell on the Marking Off Table, where components were prepared, to guide the machinists where to drill, plane, etc.

Still an apprentice, he worked in the No.1 Fitting Shop, helping to assemble the presses, but was returned to the machines to finish his apprenticeship and  he worked there for another four years until he left in 1966. He was prompted to leave by a friend who had already left to improve his prospects elsewhere. Mike initially joined Hare Lane Engineering and soon became foreman, earning a lot more than when he was at F&P.

Mike recalls in interview sections two, three and four how he moved to several more local companies and found himself in production planning and then production management positions.

Dowty Rotol (which became Messier Dowty) played a large part in his career. He was responsible for getting aircraft landing gear produced both in the Staverton factory and contractors factories overseas. He mentions some important and well-known aircraft, such as the prototype Eurofighter (now called the Typhoon) with which he was involved.

Mike agrees that the training and experience gained at F&P gave him the knowledge and confidence, which helped him throughout his career. We hear this from all those we interview.

Mike tried to retire just a few years ago, but was called back to Dowty’s to manage some final projects. Eventually, having finished work, he now splits his time between homes in Gloucestershire and Cyprus.