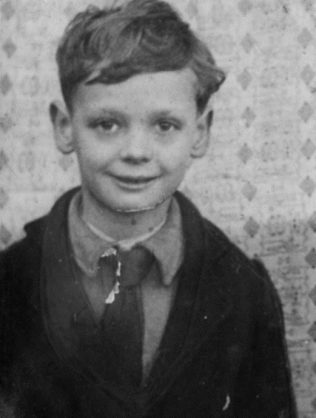 Stan Nash 02
Stan explains the kinds of jobs apprentices in the pattern-shop would do, from sorting out leftover nails and screws to how tea was made using the red-hot castings in the foundry

Stan Nash 03
Stan describes moving on to work on a bench and explains how pattern-makers would use a "contraction rule" in their work, what this was and how it worked

Stan Nash 04
Stan explains how their work was checked by the pattern-making foreman, Bill Prior, and what would happen to the patterns once they had been used and where they were stored

Stan Nash 05
Stan describes some of the machinery and saws in the pattern-making room and severing his tendon on one aged 16, which leads him to remember the First Aid Room and Fielding and Platt's approach to sickness in the 1930s

Stan Nash 07
Stan remembers Samuel, James, Frank, and Jim Fielding and being asked to do work at the houses of a couple of the bosses and what that work involved

Stan Nash 08
Stan recalls the sights, sounds, and smells of the works in the 1930s and the massive fly-wheel that powered the Machine Shops
Stan Nash Digital Story
Photographs and reminiscence of an apprentice pattern-maker in the 1930s 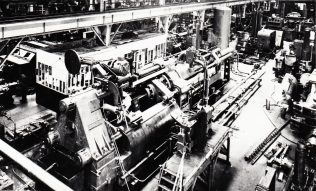 “I was always interested in woodwork, which is what pattern-making was”

At first, apprentices would be given the “not very good” jobs, such as sorting out the leftover nails and screws on the benches and making the tea.

However, since there was no canteen at Fielding and Platt in those days, this would entail the apprentice taking the other workers’ billycans down to the foundry and placing them on the red-hot castings to boil the water.  He would then add the tea and condensed milk to make their cuppas!

When the billycans got “furred up” with the tea, the sand from the foundry would be “rubbed round” inside them to clean them out.  “Very hygenic!” Stan exclaims.

After a couple of years, Stan progressed on to working on a bench and with the lathes and saws in the pattern-making room.

Pattern-makers would work to the blueprints made by Draughtsmen in the Drawing Office to make the wooden patterns that were used to make the brass or iron castings in the Foundries.

Stan recalls that pattern-makers would use a special measuring device called a “contraction rule” to ensure that the measurements of their wooden patterns (that were used as models for the actual machinery that would have been made using molten metal in the Foundry) would account for the fact that the metal shrunk after it had cooled when the parts were made (or “cast”).

The patterns were inspected by the foreman of the Pattern Shop, Bill Prior, who is remembered by Stan in clip 4. Afterwards, they were taken to the Foundry by a labourer named Tommy Arch, who also looked after the patterns after they had been used in the Foundry.  They were kept outside in a yard in Llanthony Road until they were needed to make the same part again.

Workplace injuries in the 1930s

When he was 16, Stan severed the tendon of his right index finger on the circular saw.  In clip 5, he recalls having to visit Mr Alfred Roach in the First Aid room and how Fielding and Platt treated their employees who were injured at work.

Fortunately, Stan recovered well and returned to work, thanks to a stint in Weston-super-Mare paid for by Fielding and Platt. Stan recalls that other companies, such as Moreland’s Match Factory, would send their sick or injured employees to convalescence homes there too.

Click on the hyperlink to read more about Alfred Roach.

In the final clips, Stan recalls some of the members of the Fielding family whom he met and worked for during his time with the company. He remembers Jim’s Bugatti sportscar and going to work at the houses of two of the Fieldings, where he put his woodwork skills to good use.

Sadly Stan passed away in July 2013.  On Wednesday 17 July the Citizen paid the following tribute:

Well-known Mr Nash died on July 6 at Gloucestershire Royal Hospital after suffering a heart attack. He also had bowel cancer.

His daughter Cheryl Lang has paid tribute to her father. She said: “Often seen astride his mobility scooter to and from the shops, Stan was a fiercely independent man who refused to give in to bowel cancer.”

Initially an apprentice pattern maker at Fielding and Platt, he wasted no time in enlisting at the outbreak of the Second World War, joining the Gloucestershire Hussars and the Army Fire Service.

After the war he became a member of the Gloucestershire Fire Service, had a period of time with Mitchells Electrical before opening his own pet shop in Tredworth, F&S Nash.

Descended from a long line of blacksmiths and whitesmiths from the Longford area, Stan’s background allowed him to do odd jobs within the neighbourhood, from mending shoes, to fixing cars and bikes, turning his hand to plumbing and making a fitted kitchen for their home in the early fifties.

Being an accomplished photographer, he would develop and print his own photographs, the bathroom being converted to a temporary darkroom.

An avid breeder of champion English rabbits, Mr Nash won many first prizes and was a judge in later competitions.

He was also a keen gardener and kept the family well supplied in fruit and vegetables.

Mr Nash was one of the first in his area to own a motor car. He used to take the family all over the South West on picnic days and extended caravan holidays.

Mrs Lang added: “He would drive us to Wainlodes with mum and him in the front and three kids in the back. He’d stop at the bottom of the hill, select first gear, put his foot down and struggle to the top of the hill and upon reaching the summit, continue down at pace with Lynne screaming ‘stop the engine daddy’ fearful of us all driving straight into the river.”