From grave digging to engineering 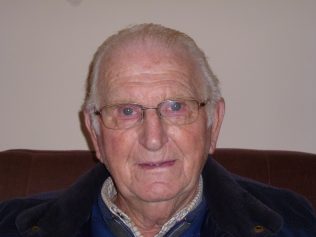 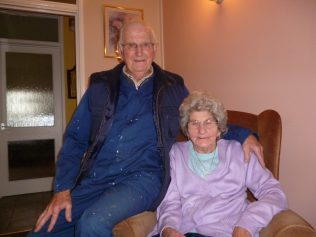 Bill first learnt about Fieldings from his brother in law Fred Allen. In 1955 he commenced working at the company in the Maintenance Department. Bert Hopton was the foreman and two of his workmates were Les Wheeler and Jim Davis. He had to undertake a variety of jobs. Bill said:-

He found the environment much noisier than it had been during his previous employment which was digging graves for the local undertaker!

Using various means of transport, Bill travelled into Gloucester from Churcham where he was born in 1933. After a few years in the Maintenance Dept Bill then worked for Ollie Vallender, preparing items for despatching to all parts of the world where presses were being erected.

He then went to work for Wilf Gardiner in the Outdoor Service Department. He frequently travelled to various working sites delivering small parts which were urgently needed.

When asked if he used the canteen at lunchtimes, Bill said no but  fondly remembers partaking of the hot cheese scones from the trolley at break times. He played skittles in the inter-department competitions. Before Fielding’s club was built, the matches were played at the India House in Barton Street.

Bill has many happy memories of his time at the company and speaks fondly of those he worked with. He learnt a lot and that knowledge he found useful when he  formed a business of his own after being made redundant in 1971. The handling of the redundancy exercise he considers was executed very badly. People had to wait far too long to learn their fate. Those were were saddest moments.

The other picture shows Bill with his sister Kath (Allen), who is featured elsewhere on the website.

If you knew Bill or any of the persons he mentioned, then please share your memories by clicking on the words Add a comment about this page.