Memories of an apprenticeship in the 1960s 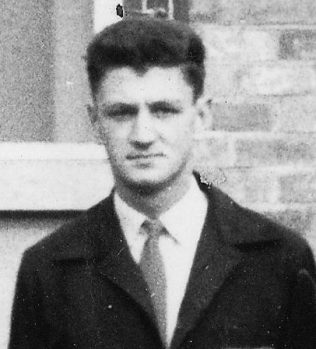 My route to becoming a Fielding apprentice was somewhat unusual. Having had no careers guidance I found myself studying chemical engineering at Swansea University. This was disastrous and, after one year and with considerable help from the local Youth Employment Officer, on one summer’s day in 1960 I found myself being interviewed by Geoffrey Moreton for a Student Apprenticeship at Fielding and Platt.

I had arrived in Gloucester on the train with no clear idea of where Fielding’s factory was. After making a few enquiries I discovered it was within easy walking distance and arrived in good time.  I was seen first by Harold Shenton, who gave me an introduction to the company and a quick walk around the works.  He then handed me over to Geoffrey Moreton.  There followed a rather strange interview.

I was presented with a couple of practical puzzles, basically jigsaws, and subject to  a range of questions including being asked to define the difference between “punctillious” and “punctual”.

“At the end of the interview Geoffrey Moreton said ‘Well Holmes, we will take you on to our Student Apprenticeship Scheme but if you want to get anywhere you will have to lose that damned Welsh accent'”

The Student Apprenticeship involved three months of “basic training” in the Apprentice School, followed by six months at Bristol College of Advanced Technology (for a “thin sandwich” course leading to a Diploma in Technology in Mechanical Engineering),  followed by six more months of varied experience in the Works, and so on for four years.  Bristol College became the University of Bath in 1964 and the Diploma became a B.Sc. in Mechanical Engineering).

So it was that in early September 1960, I found myself driving (in pre-MOT days, cars of a certain quality, were cheap and simple) into Gloucester to find the “digs” organised for me. Driving up the Stroud Road my way was blocked by a dozen or so girls on bicycles riding abreast and slowly.  I gave a very brief toot on my horn.  In unison the whole band of riders turned and shouted “F*** Off”.

Such was my introduction to Gloucester.  It was later that I discovered that the ladies in question were riding home from Moreland’s Match Factory.

It came as something of a shock to find that I was expected to report for work at 7.30 a.m.  In the Apprentice School I met all the other apprentices together with the two other Student Apprentices, Andy Fowler and Bruce Carr.  The three of us were about two years older than most of the others. Bert Ravenhill gave us an introductory talk which was generously decorated with expletives, more I think than I had heard in the whole of my previous life.

He made it clear that we were all to be treated as equals and the only concession made to the Student Apprentices was that we would not be required to work in the stores.  Once the actual business of learning got under way, I quickly found that Bert was a first-class teacher, clear instructions in few words and searching questions to make sure we had the message.  He was very ably supported by Gerald Williams and I remember both with some affection.

“The Block” and blood

The first real task with which we were all confronted was “the block”! Essentially this was a cube of steel, about two and a quarter inches on each side, which had to be reduced to an accurate cube with two inch sides. The tools?  Hammer, cold chisels and file.  Fortunately I had used these tools previously and did not find the task too difficult. However, many of the other apprentices were not so lucky and, for them, the experience was painful – I remember a significant amount of blood!

We proceeded to receive instruction on centre lathe, a capstan lathe and a shaper all of which I thoroughly enjoyed together with lectures on relevant topics.  Towards the end of the initial three months in the Apprentice School I was recruited to help with the preparation of a model of a forging press, initially scaling down drawings of all the turned parts.  I then proceeded to make a number of the parts and worked with a fitter, whose name escapes me, to drill and tap many of the components.  I can still see the 10 BA taps!  Somewhere there is probably still a model of a forging press for which I made many of the turned items.

The morning routine of running into the Works to “clock on” before the clock turned to 7.33 became familiar as did anticipating the three minute bell at the end of the day.  The sight of men assembling inside the gate at the end of each day waiting for the final bell before they all rushed out is an abiding memory.

The works canteen also holds a place in memory.  On our first day we sat down to eat our lunchtime meal only to be thrown off the tables and told very firmly that apprentices ate at the back of the canteen.  This was a time when the BBC was still broadcasting “Workers’ Playtime”, a touring variety show which was recorded in various Works’ canteens.  It visited Fielding’s on one occasion and the star of the show was Lita Rosa.  I do not recall it as an exciting event.

Following the first six month session at Bristol we returned to the works. We were “rotated” around every department to learn and to gain experience spending anything from a couple of weeks to a couple of months in each area.

There were a few visits to customer’s sites for repair and maintenance work including a memorable visit to the Gloucester Wagon Works to see a large, steam-driven hydraulic pump – three steam cylinders and six hydraulic cylinders as I remember it.

For the most part, memories of my time in the Works are good.  People were generally friendly and keen to impart knowledge.  There were a few who felt they had to keep their knowledge to themselves and, on occasion, when asking why certain things were done, I received the reply “Fielding’s always do it this way”.

I recall being allowed, under very watchful eyes, to set up and operate arge machine tools in the Heavy Machine Shop.  There were things which would never be allowed today such as being sent into a large cast cylinder to clean it out armed with a pneumatic chipping hammer, a gallon can of trichloroethylene, and a bundle of wipers.  I learnt to handle an electric arc welder in the Boiler Yard, suffering an attack of arc eye along the way, but acquired skills which proved extremely useful many years later.

Time spent in the Experimental Department, with chain smoking Bert Ely, involved some lengthy periods of inactivity punctuated by exciting episodes. Bert Ely always hinted that he knew much more than he was prepared to divulge, though some things he held to be true were demonstrably incorrect, but he was nevertheless an interesting character.

During my time in his department, experiments were being undertaken into high energy rate forging using an American “Dynapak” machine.  The dies on the machine were always heated with a gas torch before use.  There was no instrumentation to indicate how hot the dies were and in response to my question “How do you know when the dies are at the correct temperature?”  Bert’s reply was “I spit on them and if they sizzles then they are hot enough”.

“In response to my question ‘How do you know when the dies are at the correct temperature?’ Bert’s reply was ‘I spit on them and if they sizzles then they are hot enough.’”

When the Dynapak machine was “fired” everybody took cover as it had a tendency to shoot red hot bits of the sample being forged around the room. Many years later I was able to incorporate the operating principle of the Dynapak machine into a piece of equipment for Ford Motor Company for crash testing cars.

After my final session in Bristol, and after the ordeal of final examinations, I returned to the Works hoping, and expecting, to be given something useful and meaningful to do.

I was placed in the Drawing Office and given the task of preparing detail drawings.  There was little to do and I was shamefully underemployed. I probably did not endear myself to anybody by ostentatiously reading a newspaper when there was nothing to do.

It is clear to me now that the management at Fielding’s had no idea of what to do with us.  My colleagues and I had spent four years of concentrated study.  The regime at Bristol was extremely intense and competitive with only eleven of the initial twenty-two students graduating.  We had emerged with engineering degrees and expected to be given appropriate tasks. Whilst we did have the arrogance of youth, I felt considerably demoralised by the position I found myself in.

Within a couple of months, I had found myself another job where I was presented with the challenges which I sought.  My two colleagues, and the student apprentices from the previous year, also left to seek other employment.

In the mid 1960’s, the industrial world was starting to change. Fielding’s had invested heavily in our education.  At the end of our education we found ourselves in a company with established traditions and practices with a management which failed to recognise that we had ability and energy.  Is it perhaps possible that the “Fielding’s always do it this way” attitude held sway and, ultimately, hastened the company’s demise?

If you remember Bob or any of the people, places, or machines he recalls please share your memories by clicking on Add a comment about this page below.

Click on the hyperlink to see a photograph of the 1960 apprentice intake of which Bob was part.