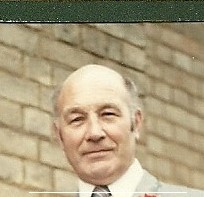 My father, Bill Hoult, worked at Fielding & Platt from approximately 1940 until he was made redundant in around 1986.  He was very proud to have worked for Fieldings where he was a Centre Lathe Turner in the Heavy Machine Shop.

Dad  played cricket and skittles and appears in some of the photographs of the teams displayed on the website.

He was also in the Fielding & Platt Home Guard during the war and is in some of the photographs already posted on the site.