Memories of the Apprentice School and Fitting Shop in the 1960s

John Powell 9
John discusses his time as a progress chaser 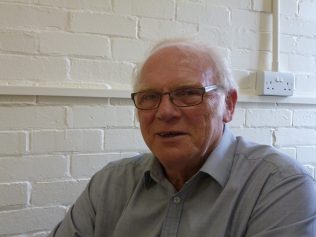 John started in the apprentice training school at Fielding and Platt in 1961, aged 16.  He then worked as a fitter and machinist, before becoming a progress chaser (a person who sourced materials).  He left the Company in April 1967 with the intention of travelling the world.

John has clear memories of his time with the Company, and the audio clips on this page provide a full picture of his experiences with Fielding and Platt.