Graham started his apprenticeship in 1953 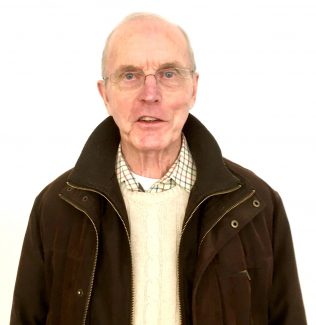 Graham found his way to an apprenticeship at Fieldings, by his mother knowing Bert Ravenhill, who ran the craft school!  Bert ‘interviewed’ Graham, but a formal interview came later at the works. Definitely a case of who you know as well as what you know. Graham had been educated at the Crypt School Gloucester.

Graham cycled the couple of miles from Lichfield road to the works and initially spent his 6 months in the Craft School, on the bench and operating the various machine tools, lathes, drilling machines etc. Following the Craft School, a time in the light machine shop followed and Graham remembered the make and model number of the Herbert lathe he operated!

The valve bay in Hydraulic 2 fitting shop followed and Graham specialised in Fielding hydraulic pumps. After a short time, still as an apprentice, he was sent to various sites to install and service pumps. You learned the job quickly with this type of experience!

Graham organised Christmas Parties for apprentices, by collecting a few pence a week. The parties were held in “The Crypt” which was a genuine relic and all that was left of the church that once stood on part of the Fielding site.

Graham recalls staying on the old Royal Yacht,  the Victoria and Albert, for a week. This occurred while he was still at school and greatly influenced how he wanted to spend his National Service which occurred immediately he finished his apprenticeship at the age of 21. The Merchant Navy was where Graham settled as a ship’s engineer. His Fielding training stood him in good stead when the ships he served on developed problems and he was able to fix them.

An accident with a mechanical saw meant the end of his life at sea and Graham went self employed. He started as a chauffeur, went on to being a technical representative and finally because of an experience with asbestos dust, started working to design ways to control the handling and removal of asbestos.

Graham now runs his own business in the Forest of Dean to handle and remove the hazardous material. In fact he had a hand in writing the British Standard for asbestos work.

Once again, as others of us have said, because of his training and experience at Fieldings,  he has utilised what he learnt there throughout his career.

There is a lot more fascinating detail in the recorded interview than written here, so please take the time to listen to the three parts.

If you remember Graham, or any of the events he mentions in the interview, please share your memories by clicking on the words Add a comment about this page below.