You are here: HomenextPeoplenextPeople (General)nextMargaret Yardley, Tracer in the Drawing Office 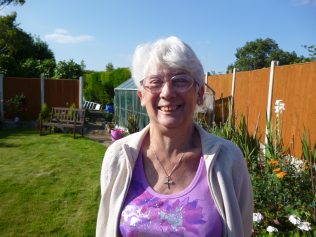 Working as a tracer
Margaret explains her role as a Tracer

Fellow workers
Margaret recalls her memories of the draughtsmen

Social memories
Some of Margarets social events and her memories of being sent on a Trade Union course.

Christmas Party memories
A famous event for employees' children but who was Santa?

Margaret’s father, Bert Ravenhill was the instructor in the ApprenticeTraining School, (the Craft School), so from an early age she new a great deal about the Company. When she left school in 1952 her father told her there was a job awaiting her in the Company’s Drawing Office as a trainee Tracer.

Margaret remarked “ whether I wanted it or not never came up, it was job done. My visions of becoming a window dresser were out, but I never regretted the 7 years I spent there”

On the day she started she was met by the Personnel Manager who welcomed her to ‘the family’ and then introduced her to Tom Millington and then Joan Scattergood who showed her where to sit and explained what her duties would be. She was nervous at first but soon relaxed in the friendly atmosphere which prevailed. She was however overawed by the presence of so many men!

She cycled to work, describing the haste to cross the Tredworth road level crossing over the railway before the gates closed which would result in a long delay. On one occasion on crossing, her front wheel came off, rolled on down the road, leaving her sitting on the floor!

Margaret describes her duties as a tracer, learning to write letters and numbers legibly before progressing on to tracing simple drawings  onto durable linen sheets. The ink used could not be erased so mistakes could not be made. She progressed to tracing more intricate drawings as time passed. Each tracing  carried the number of the drawing . Prints were taken from the tracing for issue to the works before being stored for future use.

She remembers her friendly fellow workers.

“One was a draughtsman called Lionel Longney, he was great fun and looked after me like a father”

On occasions Margaret would discover unusual inclusions on drawings to be traced. They were stick like figures which had been added by the draughtsman’s colleagues in his absence.

Margaret talks of her father’s service with the Company and its unhappy ending. Her brother Tony joined as an apprentice in 1957 where he certainly received no favours from his instructor father.

She was surprised to be sent on a Trade Union Course to Dunster in Somerset. She didn’t know why because industrial relationships at the factory were good and it was a pleasure to be working there in such such a friendly atmosphere. She did however, enjoy the weekend away!

Click on the hyperlink to see a picture of Margaret at the Christmas Dance in the 1950s.

If any of Margaret’s memories trigger memories of your own, then please click on the words Add a comment about this page below.

By Brian Mince and John Davis