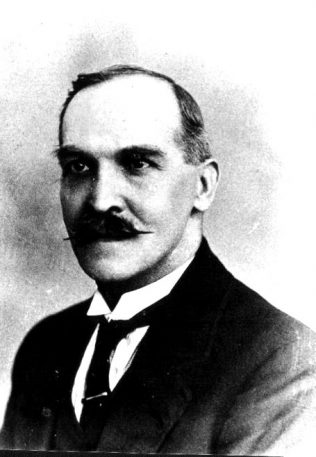 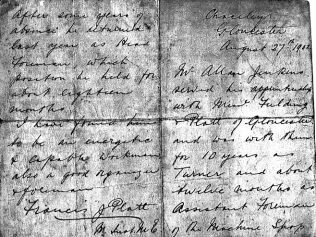 My maternal grandfather, Allan Jenkins, served an apprenticeship at Fielding and Platt and was working as a Turner when he married his wife Sarah Ellen Baker on New Year’s Day in 1891. Two years later in 1893 he’d been promoted to an Assistant Foreman. In 1900 he moved from Gloucester to Ipswich, to Ransomes, Sims and Jefferies, who made portable, traction, fixed, horizontal and vertical engines and boilers, portable pumping engines, steam-powered presses, centrifugal pumps and winding engines. He was back again to Fielding and Platt by 1901, in the post of Head Foreman Engineer in the machine shop at the Atlas Works. Allan seemed to either be very ambitious, or to have itchy feet, as just a year later he moved again, this time to Bristol, a move which necessitated a reference from Mr Francis Platt. In the meantime, Allan had also been busy at home, by 1902 he had fathered eight of their final total of thirteen children! After a chequered career throughout the Economic Depression, he followed many of his sons by emigrating to Australia in 1928, where he died in Melbourne in 1941.

If you wish to add to these memories please  click on the words Add a comment about this page.