Photographs of presses from 1941 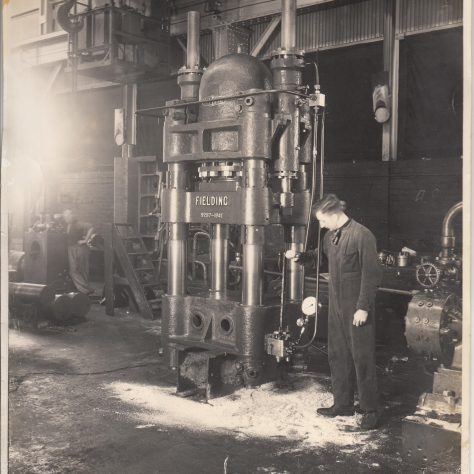 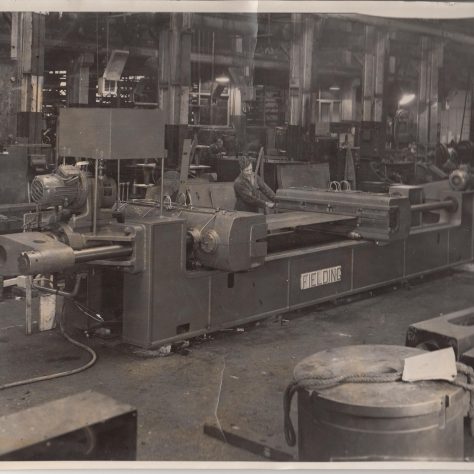 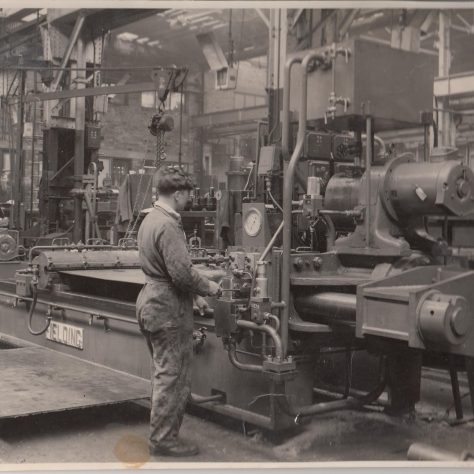 Stretching and flattening machine
Fielding and Platt photo no. 4510

These photographs, taken around 1941, show some of the machinery Fielding and Platt produced in the Second World War. Click on the images to enlarge them.

They show Jeff Niblett working on a vertical hydraulic press, a straightening press, and a stretching and flattening press.

If you look closely in the top right of the first photo, you can see one of the cranes and its driver. Cranes were used to move the heavy components of the presses around the Heavy Machine Shop.

To view photos of other munitions presses supplied by the company during WW2, click on the link here.

What other details can you add about these photos?  Do you remember Jeff or do the pictures bring back other memories?  Perhaps you worked at Fieldings and know how these presses worked?  If you do, we’d love to hear from you!  Why not comment on this page below?