The black market in WW11 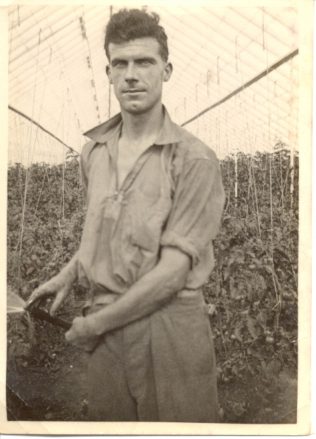 zoom
Lionel Ellis watering the tomatoes in his greenhouses 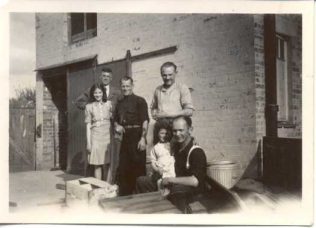 zoom
German POWs - Rudolf in black in the centre

There was plenty of bartering and black market activity for anyone with produce to spare – and no questions asked.  Any Food Ministry officials who arrived to inspect and chastise were soon told where to go!!

When the various troops arrived in Campden and were billeted around the town, they were all fed at various canteens, and so were no drain on our supplies although they did enjoy the ale and the company in the pubs that stayed open.

We were nurserymen and therefore had salad produce available – they enjoyed our fresh tomatoes, etc. as much as we enjoyed their vintage rum ration in exchange!

Factory owners in Birmingham soon realised that there were opportunities in the Cotswolds to pick up produce for their canteens and so, as growers, we soon had regular customers anxious to exchange canteen sugar and tea for our salad goods.

Another source for extra sugar was bee-keeping, which soon became popular as an issue became available.

The German P.o.Ws. working for us had hives up at their camp on the top road but no extractor for the full combs, so our “Rudolf” persuaded his commandant to let him bring their full combs down to use our extractor rather than let them borrow it for use at the camp.  That way, he could cyphen off a few extra jars for us and his mates!!

Farmers and landowners could apply to the ‘War Agg.’ for an allocation of prisoners for the land and found them excellent workers, eager to please and very reluctant to accept any “perks” -  even a cup of tea!!  They supplemented their small grants by making and selling articles to the locals such as slippers made from plaited rope and wooden sewing boxes,