Memories of a Bugatti and a very special Ford 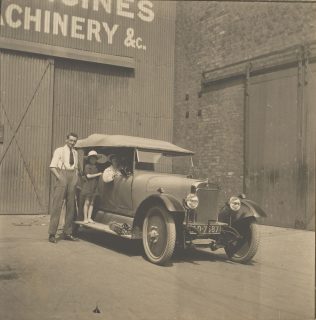 In this short clip, Walter Organ recalls how Jim Fielding “was mad on sports cars” and that he kept many of them in the garages at Fielding and Platt.

“He had a very rare Ford and that thing when it started up you could almost hear it in Cheltenham!”

Walter recalls that he “made an excuse once or twice” to visit the garages to look at Jim Fielding’s cars, including a Bugatti and a Rolls Royce.