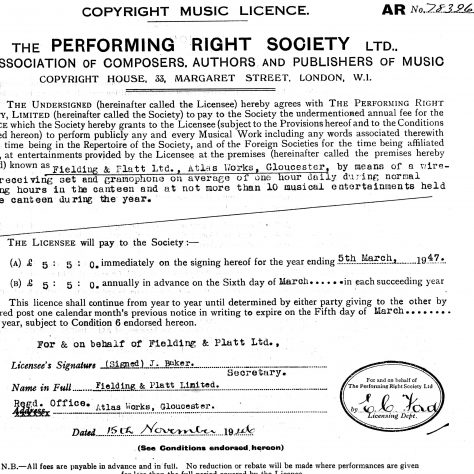 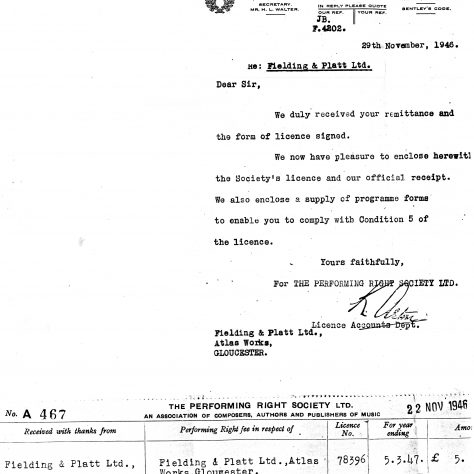 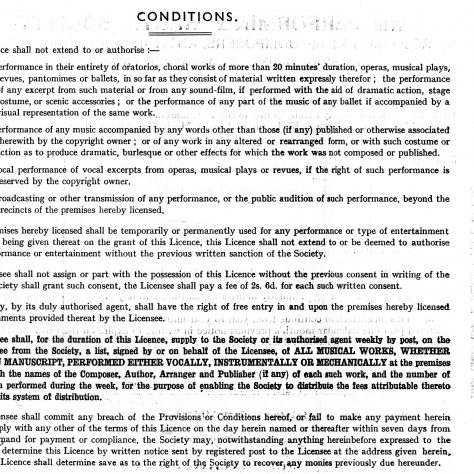 The pages displayed here show that, in 1946, conditional permission was granted to stage musical and vocal events on Company premises for the  princely sum of five guineas! These events took place on the stage in the canteen. Two noteable occasions were, one by the famous New York City born violinist Yehudi Menuhin and the other a Workers Playtime. This latter event was performed by a group of prominent touring artists and took place at lunchtime on a work day. Other events included dances and concerts.

We are indebted to Elsie Lane for providing some of the information. In 1940 Elsie, a school girl at the time, was interviewed for a position within the Company. It took place on a Sunday afternoon!  Not surprisingly, as it was wartime and seven-day working was the norm. She was interviewed by Mr Jack Baker, the Company Secretary,  whose name appears on the licence. Elsie was employed and stayed with the Company until 1980.