Pippa Edwards recalls Christmas at Fieldings as a child 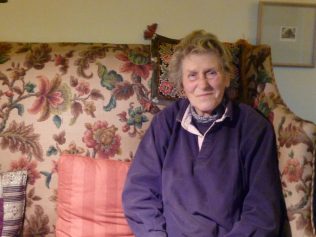 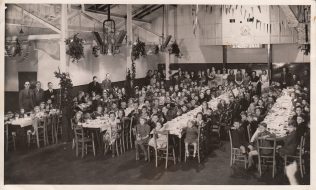 zoom
Children sit for their Christmas tea party in the Works' canteen, 1940s 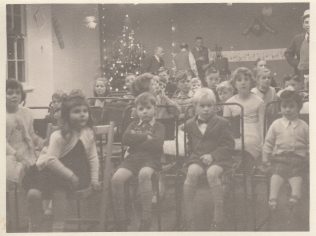 In these two clips, Pippa Edwards, the daughter of the draughtsman Jack Fielding, recalls two memories of Christmastime at the company from her childhood.

In the first clip, she recalls being taken to attend the Christmas parties for the children of employees and the “wonderful” conjuring tricks that used to be performed by the entertainers.

In the second clip, she recalls that at Christmastime during the Second World War at Fielding and Platt, the management in The Works were given a turkey.

We were all given a turkey for Christmas which was a very generous gift because otherwise we would have been eating sausages.”

This was particularly welcomed in their household because, during the war, the board of directors took a 50% cut in their salary

My father had come home and said we’ve had this board meeting and our salaries are going to be cut by 50%. At that stage it amounted to £250 a year.”

The cut was “quite an ordeal” for the Fielding family but the board of directors chose to take a paycut themselves rather than lay off staff.

Click here to read more about the Fielding and Platt children’s Christmas parties.

Click here to see a short film of Pippa discussing how Fielding and Platt helped turn her father’s Christmas sketches into Christmas cards.