You are here: HomenextPeoplenextThe Fielding FamilynextJames Fielding's proposal of marriage to Harriet Berry 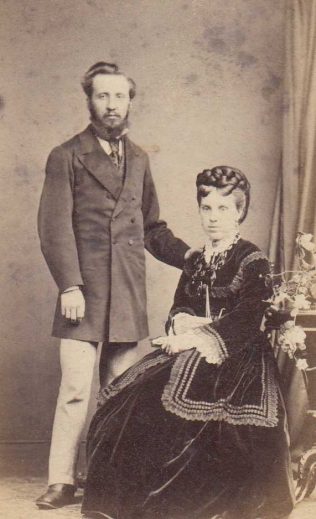 Below is a transcription of the letter written by James Fielding to Harriet Berry proposing marriage to her.  James, who was the son of company founder Samuel Fielding, was 22 years old when he wrote the letter in 1868.  However, it wasn’t until 12 October 1871 that he and Harriet were married in Sowerby Bridge, Yorkshire.

Harriet Berry lived at Calderdale House in Sowerby Bridge.  James wrote this letter to her on Birmingham station, whilst waiting for the train to Gloucester, having stayed the weekend with her family.

James Fielding died aged 75 on Wednesday 12 October 1921.  It was his and Harriet’s Golden Wedding Anniversary.