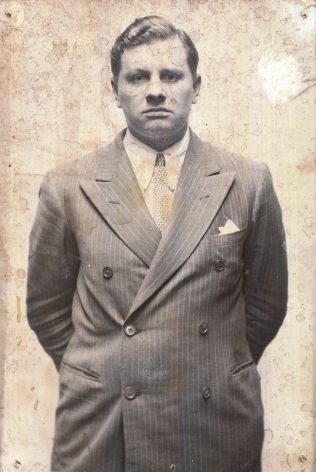 He then went into the family business as a works apprentice from 1926 to 1931, becoming Managing Director of Fielding & Platt in 1941.

Later he became Managing Director of Heenan & Froude Ltd in 1944.

During his career, he regularly travelled to many places, including Belgium, Norway, Portugal, South Africa, Holland, Sweden and Russia.

One such trip on behalf of Fielding & Platt in1954 was an unsponsored mission to the Soviet Union, where he obtained an order for 125 Presses, the price of which was approximately £2,000,000.

Fellow of institute of Mechanical Engineers.

Fellow of the Institute of Production Engineers.

Fellow of the Institute of Directors.

Director of the Plessey Co. Ltd.

Chairman of the Shipbuilding Industry Training Board (appointed in November 1970)

Member of the Industrialists Relations Court.

Chairman of the Midland Industrialists Advisory Board.

These are just a few of the Chairmanships & Presidencies that can be attributed to him.

As a special assignment he was appointed to Lord Pearson’s Court Of Enquiry into the Dock Strike – 1970.

He was also a Governor of King’s School, Gloucester.

The electoral roll states he was living at 140 Tuffley Avenue with his parents in 1931.

He married Diana Mainwaring Williams in a registry office in London on April 29th 1938 and they had 3 children.

Jim (Francis) farmed pedigree Friesians & Large White pigs from 1946-1958 when they moved into Cheltenham, where Diana died in 1993.

As Jim’s health deteriorated, he eventually had to move into a home, Morton Hill Care Centre, near Stonehouse, where he died on 22nd October 2004 at the great age of 96.