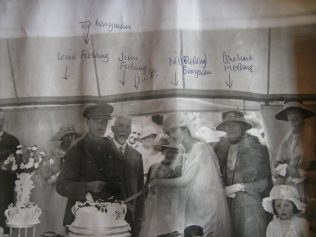 zoom
Nell's marriage to Edward Bennyman. You can click on the image to see a larger version of it
Audrey Meredith

Ellen was known as Nell to her Family

The 1911 Census states she was at Sidcut School in Axbridge, Somerset age 13 as a Boarder