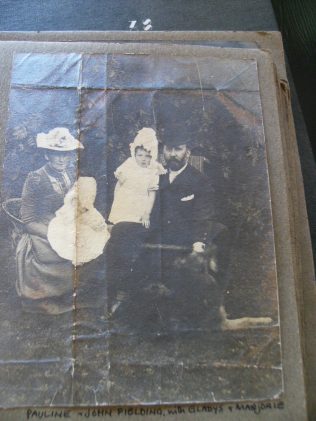 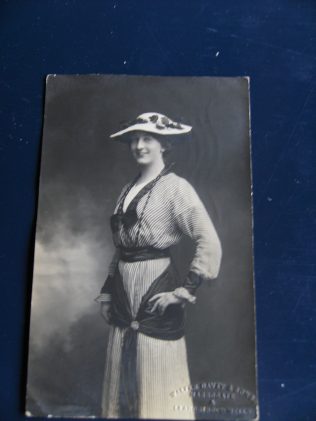 zoom
Photo of Marjorie taken by Armstrong Jones. You can click on the image to see a larger version of it
Audrey Meredith 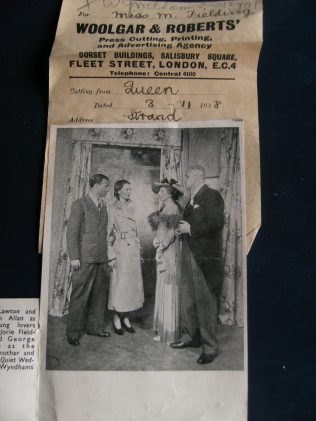 zoom
Marjorie in the Quiet Wedding (on the left). You can click on this iamge to see a larger version of it
Audrey Meredith

Second Daughter of John & Ellen Fielding, she was born on  February 17th 1892 in Gloucester.

She attended Cheltenham Ladies College, where in 1903 she studied the Holy scriptures, History, French, Latin, Geometry, Chemistry, Piano and Elocution.

On the 1901 Census she was living at 9 Brunswick Road, Gloucester, age 11 with her family, but 1903 found them living in Spa Road.  By the next Census in 1911 they were living at Sherbourne House, Gloucester, and she was aged  21.

After School she studied at the Liverpool Repertory Company and then went on to play in West End productions such as A Quiet Wedding, A Quiet Weekend and Modern  Triangle.

Sadly she died of cancer on December 28th 1956 at St Martin in the Fields.

A memorial service was held at St Martin in the Fields,  on the 18th January 1957, and was attended by some very high profile names.

The Reverend Peter Elliot officiated & the lesson was read by Mr Nicholas Hannen.